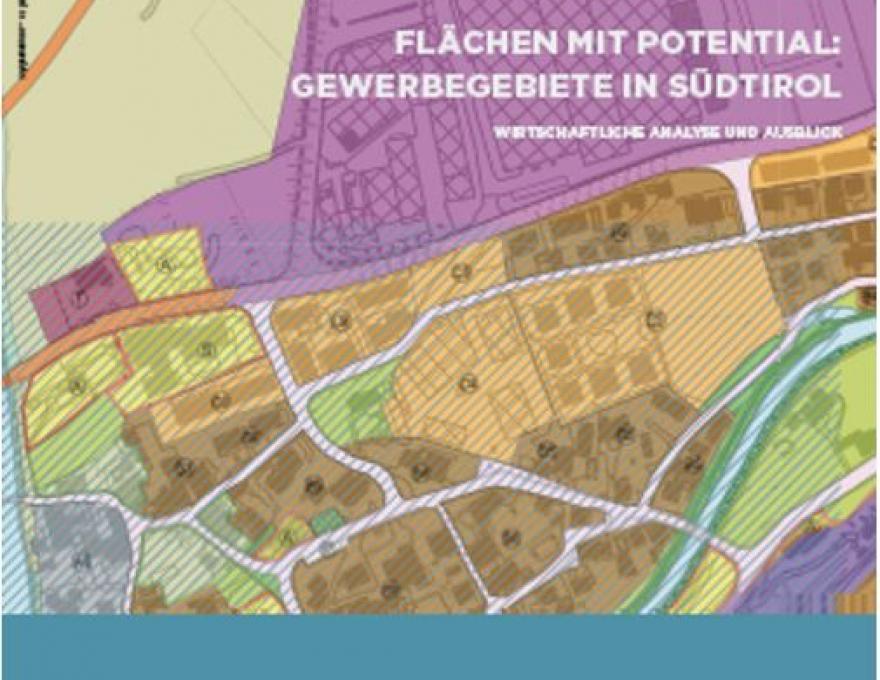 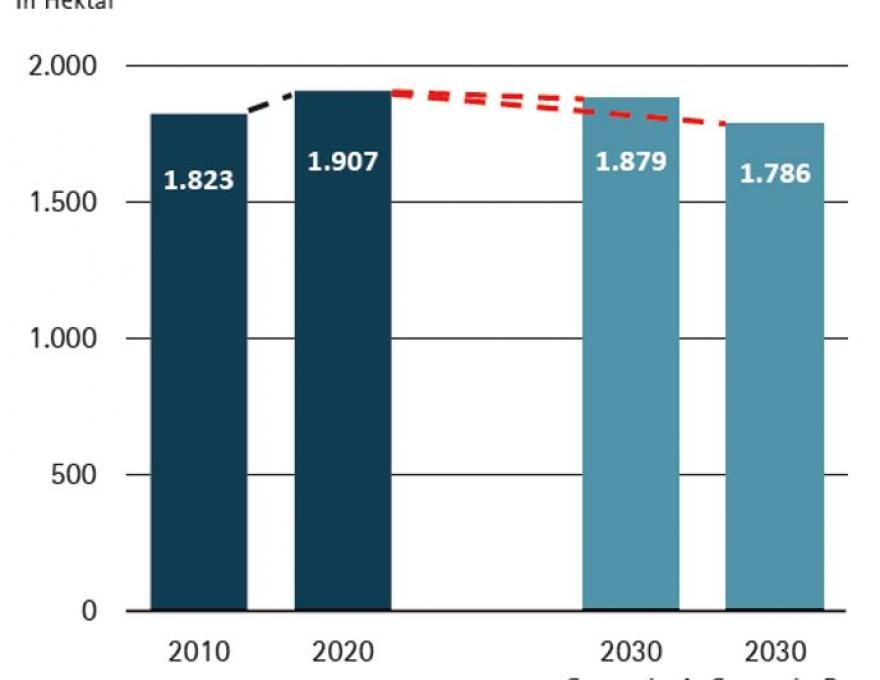 In this study, two scenarios for the future development of commercial space until 2030 are shown. Both scenarios are based on the ASTAT population forecast for 2030 and on various assumptions about the future economic structure. The demand for commercial space in 2030 is first forecast at the provincial level for both scenarios, and based on this, the share of the individual district communities in the total demand is estimated.

In a first step, the total number of employees in South Tyrol for the year 2030 is estimated for both scenarios based on the forecast of the working-age population and the current employment rate. In a second step, the sectoral distribution of South Tyrol's workforce is estimated for the year 2030 for both scenarios. Depending on the scenario, the procedure is as follows:

Scenario A: The current economic structure, i.e. the sectoral distribution of total employment, remains unchanged from the current value (2020) until 2030.

Scenario B: In this scenario, the development of the economic structure until 2030 is continued as it was on average in South Tyrol in the past years (2010-2020).

After the employees per sector have been estimated for the year 2030 for both scenarios, the share of these employees that actually work in industrial estates is determined.